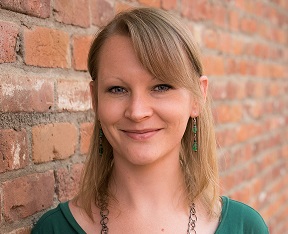 Canceled Due to Delayed Opening

Jessica Carson is a Texas native that now resides in Longmont, CO. She went to South Plains College for Commercial Music where she received Best Female Instrumentalist in 2005 and 2006. In 2009, she moved to Colorado and became an active part of the local music scene in Longmont. She has been an agent for multiple local musicians, a talent buyer for venues, events and festivals, and an all-around advocate for music in Colorado. She sat on the Board of Directors for ArtWalk Longmont and acted as their Music Director in 2015. In 2016, she was the Music Director for Longmont Live and was the Executive Director for a 150+ member network of artists and musicians called the Left Hand Artist Group. Since moving to Colorado, she has released 11 recorded projects, 8 with her previous band The Prairie Scholars, and 3 as a solo artist under the name Jessica Eppler.

Jessica is currently the Program Director at the Longmont Area Chamber of Commerce and is on the Board of Directors for the Creative District in Longmont. Her most recent musical project is an all-original 5-piece band called Clandestine Amigo.