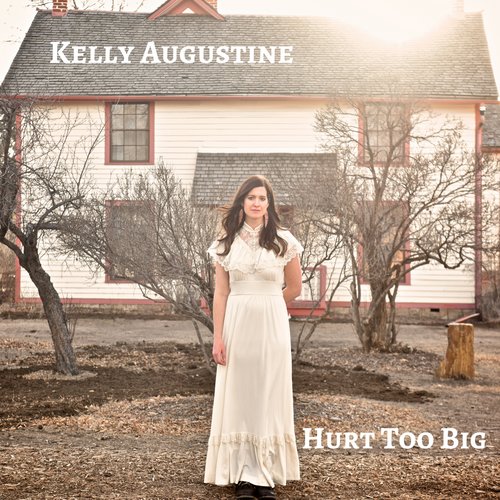 Al Johnson Performing Songwriter Contest finalist, Kelly Augustine, is no stranger to song slaying competitions. Recently selected as one of 32 Grassy Hill Kerrville New Folk Finalists for the Kerrville Folk Festival, this folk-American crooner is quickly making a name for herself within the songwriting community. The luminous lyricist graciously took pause for an interview, before traveling to Richardson, allowing us to ask the musician a short list of questions.

Wildflower! Arts & Music Festival:  What song inspired you to become a songwriter?

Augustine:  Wow! There are so many songs that have touched me over the years and inspired me to be a songwriter. The music that first inspired me was the folk music Bob Dylan was writing in his early years like “Blowin’ in the Wind,” “A Hard Rain’s a-Gonna Fall,” and “Don’t Think Twice It’s Allright.” Joni Mitchell’s album Blue was also very inspirational to me at that time, specifically songs like “California” and “A Case of You.” More recently Lyle Lovett’s songs like, “South Texas Girl,” “If You Were to Wake Up,” and “Natural Forces,” as well as, John Fullbright’s “Forgotten Flowers,” “High Road,” and “Satan and St. Paul.”

WAMFest:  What inspires you to write?

Augustine:  I’m inspired by injustice that I see in the world. I want to be a voice for those who feel alone and who feel like no one hears them. I want people to know how inherently valuable they are and that no matter how bad things may seem, there’s always hope. Nothing makes me madder than when people dismiss other people as being worthless or unworthy.

WAMFest:  What typically strikes you first, the music or the lyrics?

Augustine:  As a listener, the music is typically what first gets my attention but the lyrics are what keep me listening. When I write I usually write the melodies and the lyrics together.

WAMFest:  When did you learn guitar?

Augustine:  I taught myself how to play in college.  I was classically trained on piano and still love playing the piano. I write on both instruments.

WAMFest:  What is an interesting tidbit of information that makes you unique?

Augustine:  I spent the last ten years practicing medicine as a physician assistant. When I had my daughter two years ago I decided to stay home with her and seriously pursue music and songwriting. I’ve always wanted to be a songwriter but didn’t really start trying to perfect the songwriting craft until then. 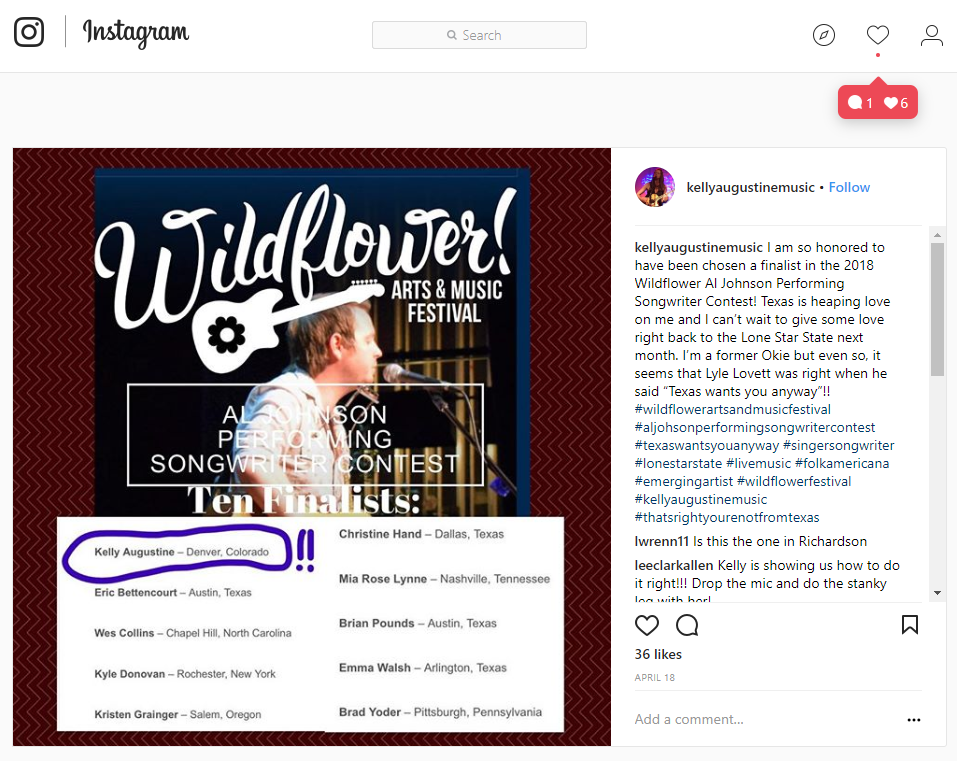 WAMFest:  What song can change your mood in moments?

Augustine:  Lyle Lovett’s “That’s Right (You’re Not From Texas).” I grew up in Oklahoma, but went to college in south Texas, and spent some of the best years of my life, in Texas. This song resonates with me for that reason and is just a blast. I can’t help but dance around when I hear it- and I always want to be wearing a cowboy hat when I’m listening to it!

WAMFest:  Do you have any other hidden talents?

Augustine:  I’m an amazing dancer. Ask my sister she can vouch for me. She’s seen my moves in the clubs.

WAMFest:  What is the best live show you’ve seen?

Augustine:  Tom Petty and the Heartbreakers at Red Rocks in 2014.

WAMFest:  If you could play with any artist, alive or dead, who would it be and why?

Augustine:  Lyle Lovett. He is an amazing songwriter and I love his quirky persona. I think he’d be a blast to play music with. Plus, I’d love to meet and play on the same stage as all the incredible musicians in his large band. Oh, and I want to sing back-up harmonies with Luke Bulla while he kills it on fiddle.

WAMFest:  What obstacles do you face on this journey as an artist?

Augustine:  Making time and space for myself to write as often as I need to and keeping my mindset in the place I need it to be for writing. As a writer, I live as an observer of the world around me and most specifically an observer of people and their emotions. It can be exhausting to observe as intently as required to get to the meat of what I like to write about. It can also feel emotionally heavy to carry the burdens of others but that’s part of the songwriter process for me.

WAMFest:  Do you have any other talents?

Augustine:  I’m an amazing dancer. Ask my sister she can vouch for me. She’s seen my moves in the clubs.

Kelly Augustine will compete for one of four $500 prizes including the Michael Terry People’s Choice Award on May 19, at 11:30 a.m. on the United HealthCare Singer Songwriter Stage in the Eisemann Center.  Kelly is also set to perform on the CityLine Stage at 6:00 p.m. at the 26th Wildflower! Arts & Music Festival in Richardson.  #WAMFest2018 www.wildflowerfestival.com