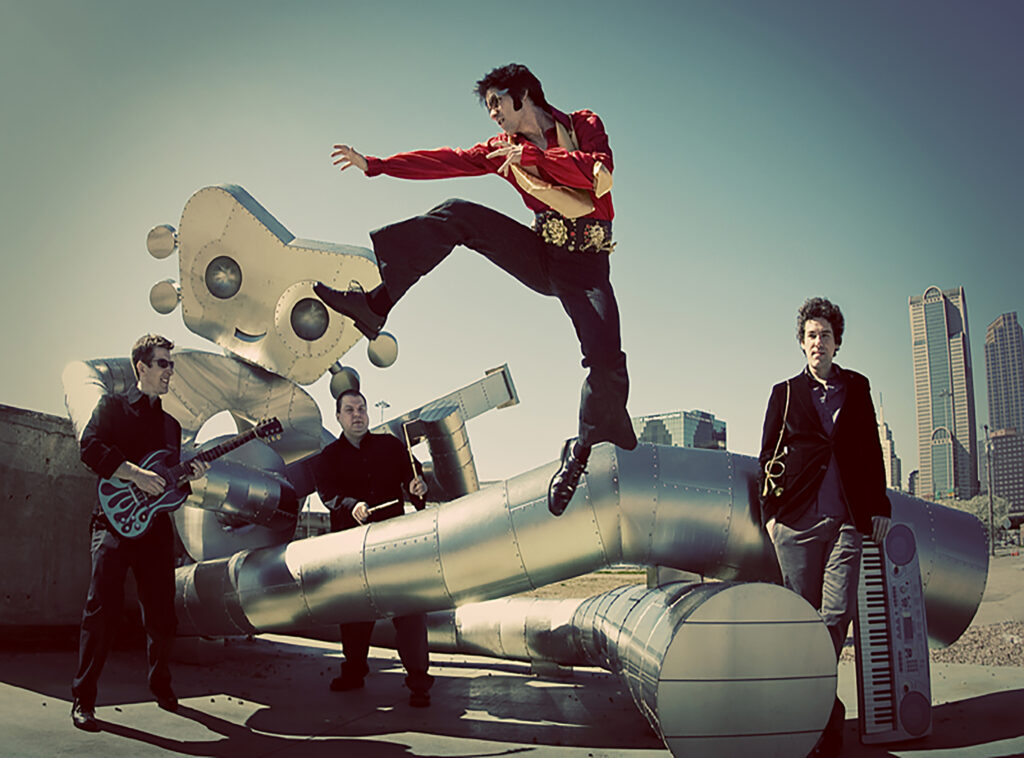 Graceland Ninjaz to perform on the Bud Light Stage at the Wildflower! Arts & Music Festival in Richardson

A little less conversation, a little more action. Bring it on!

Audience favorite Graceland Ninjaz return to the Wildflower! Art & Music Festival for what is sure to be another life-changing experience. This funky band will take over the Bud Light Stage on Saturday, May 19, 2018 at 9:45 p.m. in Galatyn Park.

Can a band be life changing, really? Yes, really. Known in the metroplex as the ‘King of Party Bands,’ this diverse group boasts three Emmy winners, and unlimited talent: David “EzE” McMahon, Johnny “Paycheck” Kenny, Jason “Joey G” Gonzalez, Brady “B-Funky Allstars” Gouthro, Adrian Lea “Kid A” Jarvis, and Bobby “Bobby-Q” Hoke, set the floor on fire with every performance…and would also appear to have a knack for clever nicknames.

Their vast répertoire ranges from Queen to Jay Z, and everything in between. If you don’t reach true nirvana during their infamous mash-up of “Smells Like Teen Spirit” and “Baby Got Back,” you’re just lying to yourself, because you know that sounds amazing.

Don’t just take our word for it. House of Blues Las Vegas General Manager Tim Jorgensen calls their performance, “One of the best musical experiences I’ve ever seen.”

“Graceland Ninjaz never fail to get the crowd on their feet. Playing a wide range of music adapted to the Ninjaz special high energy style. They are one of our favorite and most unique acts to book.”

We dare you not to shake your hips and worship shamelessly at the behest of this King and his merry band of misfits and music-makers.  Prepare to kneel before the King!

Think the rapping King of the stage looks familiar? You may know him as the wildly popular and award-winning children’s personality, David McMahon also known as the world traveling David Chicken!  This songwriter and entertainer graduated from the University of North Texas, has won three Emmy Awards, toured and performed for the U.S. Navy, and released three funky CD’s and two adventurous DVD’s.

General admission tickets are available online for $30!  Graceland Ninjaz will be on the Bud Light Stage on Saturday, May 19th at 9:45 p.m. at the 26th Wildflower! Arts & Music Festival. The weekend pass to #WAMFest2018 Friday, Saturday, and Sunday, May 18-20 is only available online www.wildflowerfestival.com.