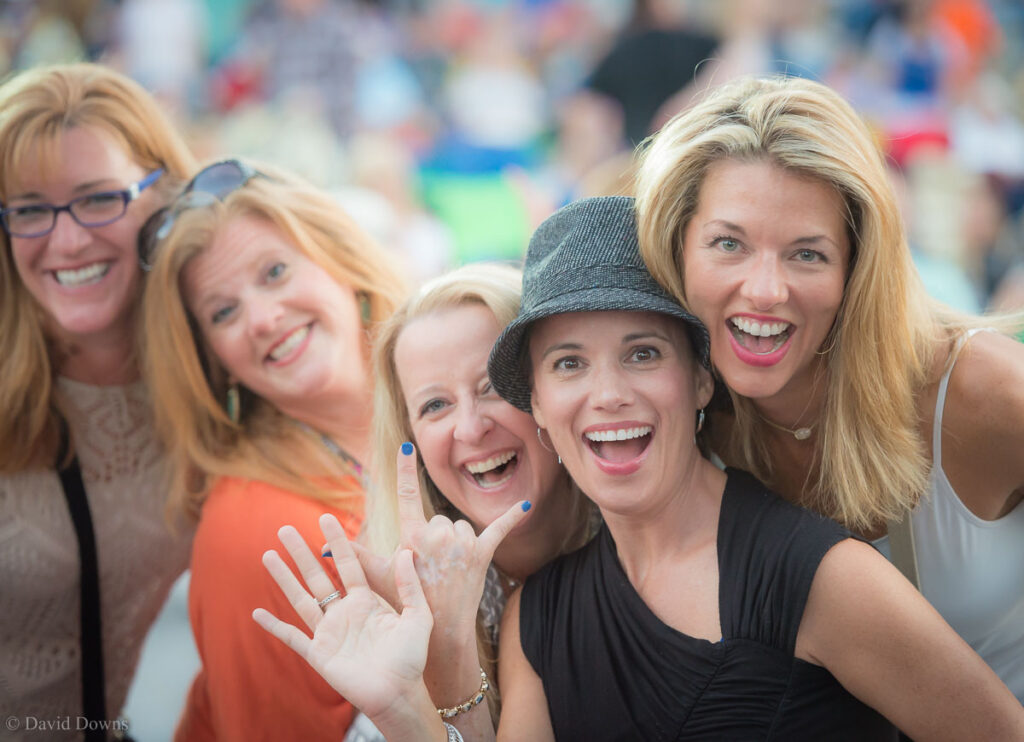 The crowd stirs restlessly behind me. Many of them have been standing for hours. There’s no anger or frustration, just an anxious undercurrent waiting for the show to begin. Adrenaline junkies…maybe, but then so am I.

I check my camera settings again as the lighting has changed substantially since the last show. High speed continuous shutter release “On.” Auto ISO “On.” I turn toward the crowd and a group of young women start posing and waving at me; “Take our picture!” They’ll probably never see it although occasionally I pass along my social media link so they can find the image later.

One of the photographers next to me says “Here they come,” and the crowd erupts at the same time. I raise my camera high on wide angle and capture the sea of excited faces and hands raised. An older woman leans over the barrier with her arms outstretched screaming the name of the band’s front-man. 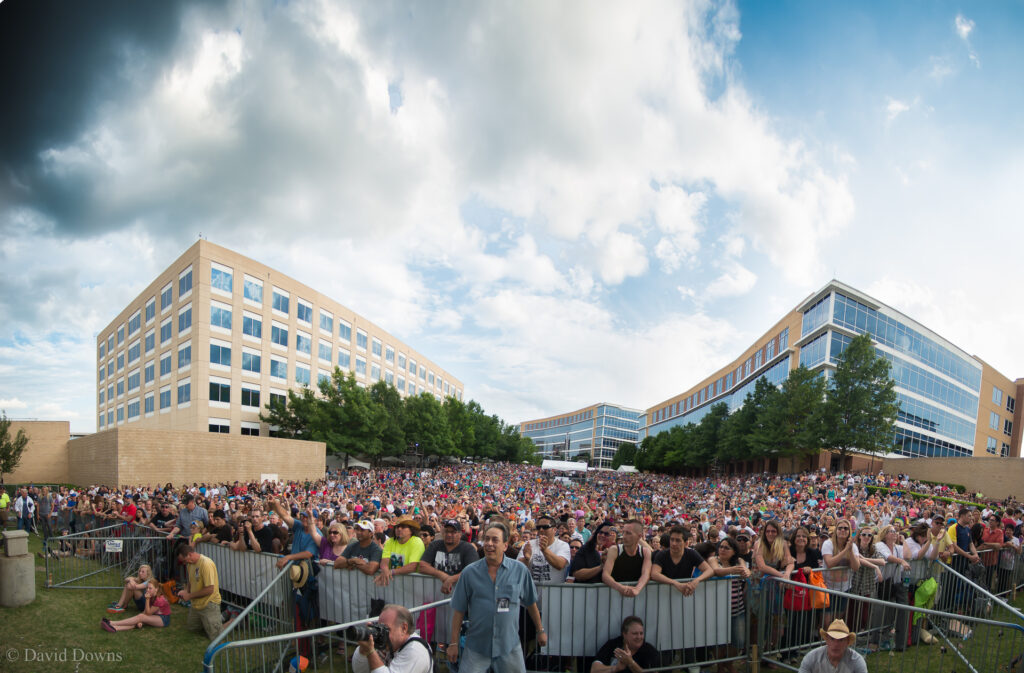 I turn back to the stage and avoid the video crew with their cables and the other photographers also capturing shots in the “pit”. Share the space. When a performer steps to the front of the stage, I move in quick, grab the dozen or so shots I want and move away for the next guy or gal. Sometimes the band member will hover there but more often it’s only a few beats before they’re on the move again. I position myself for several images I knew I wanted to capture: backlit band members, the drummer’s wild abandon, the lead singer’s energy pouring into the microphone, the reflection of the crowd in the bass player’s Ray Bans. The music is LOUD and driving. Sometimes I find my shutter clicking to the beat. 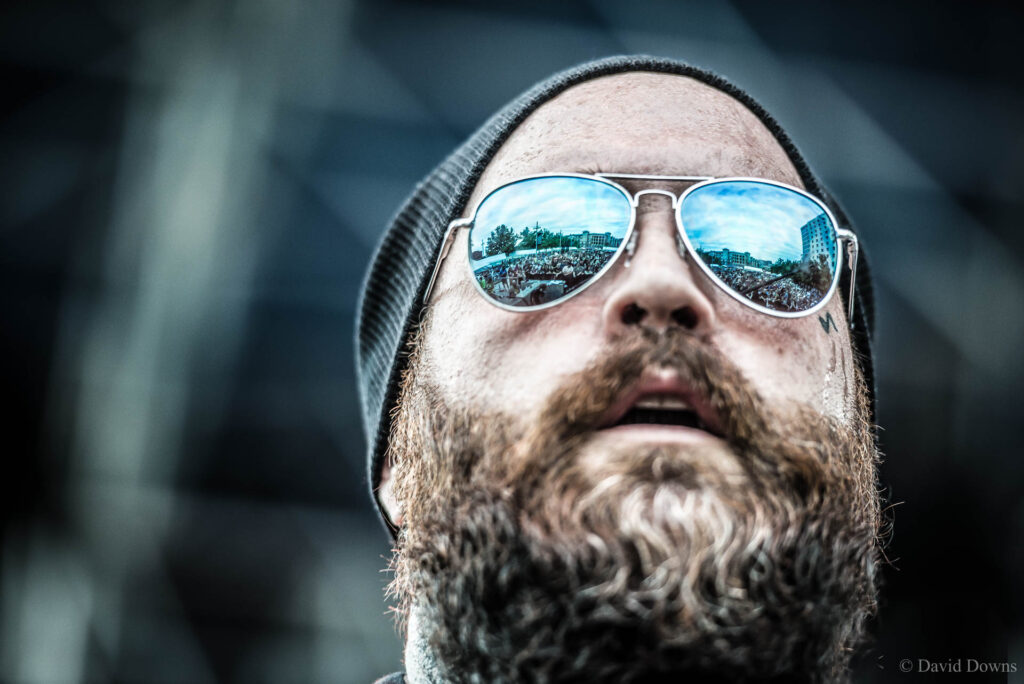 In the back of my mind the song count has been running. Third song ends and I glance at the photographer next to me who looks up and at the same time we both say “That was #3.” The pit starts clearing. Most band contracts only allow for photos from the pit for the first three songs. I walk around behind the stage and catch a glimpse of the artist with the crowd out in front and raise my camera again. I exit past security and make my way back into the crowd for the “experience” shot then head over to the Plaza Stage where the crowd is stirring restlessly. 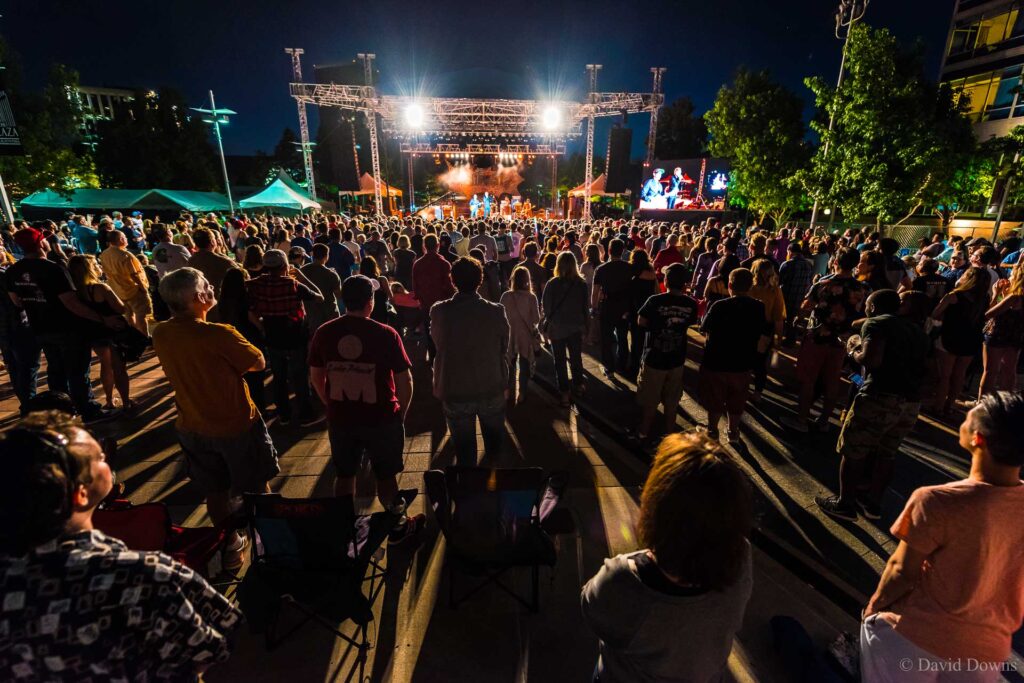 Although a relative newcomer to the photography world, David has approached the sharing of his vision with the passion and work ethic he is known for in his other endeavors. Beginning in 2011 with his first true digital SLR he has been sharing images from the world around him with insightful and artistic flavors. David embraces journalistic, landscape, portrait, commercial and fine art photography as a way to sharpen his skills and help eventually define his own style. His images have graced the covers of magazines and been recognized locally, nationally, internationally, via awards, and the sale of his work.

David believes that photography is a medium in which to express the world around us in a visually poetic way and that the greatest reward is to know that an image makes the viewer feel as though they had been there at the moment the image was captured…or that they had seen it in a dream.

Tags:Wildflower! Arts & Music FestivalRichardsonTexasDavid DownsPhotography
PreviousRichardson Goes Roboto with Dennis DeYoung and the Music of Styx
Next 15 FUNKY FACTS ABOUT THE B-52’S