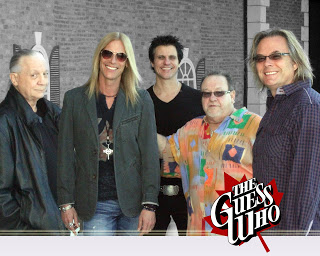 With works for Coca-Cola under their belt and an LP called “A Wild Pair,” The Guess Who was setting the stage for international stardom. In 1969, The Guess Who released the album “Wheatfield Soul” along with the ballad “These Eyes,” which became the group’s first top 10 U.S. hit. It sold over a million copies and was awarded the gold disc by the Recording Industry Association of America.

Expanding into an international crowd, the band started playing around musically, moving into an edgier hard-rock sound with “American Woman” in 1970. Along with the album, the title track became a No. 1 hit in the U.S., giving The Guess Who the honor of being the first Canadian group to have a No. 1 hit on the U.S. Hot 100. With this, the band re-recorded their 1969 single “No Time” for the “American Woman” album, which also became a top five U.S. hit.

Over the next 20 years, The Guess Who went through many ups and downs including hospitalized band members, solo albums and replaced guitarists, playing for Richard Nixon at the White House, and progressive sound changes allowing them to experiment with more of the psychedelic sound of the time. This didn’t stop them from the ever-growing U.S. fame from fans nostalgic for their classic 60’s sound. In 1987, the band was inducted into the Canadian Music Hall of Fame. During the early 2000s, the band regularly toured across both Canada and U.S. and released a live album “Running Back Thru Canada.” In 2002, Randy Bachman, Burton Cummings, Garry Peterson, Donnie McDougall and Bill Wallace received the Governor General’s Performing Arts Award for Lifetime Artistic Achievement. Additionally, their 2003 concert at the Molson Canadian Rocks for Toronto SARS benefit concert was the largest outdoor ticketed event in Canadian history.

The Guess Who started their sound during the British beat and have been growing it ever since. Creating music from pop rock, blues rock, and psychedelic rock to hard rock, they are the rock n’ roll band of Canada. More information about The Guess Who may be found on their website: www.theguesswho.com. 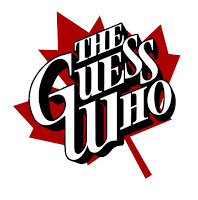