I grew up in the 70s and was surrounded by music. On my walls were posters of Donny Osmond and Peter Frampton. I was thrilled to learn Peter would be at the Wildflower! Festival on May 21, 2016. I was even more thrilled when I found out Paul “St Paul” Peterson would be playing bass for Peter Frampton when Paul posted this on Facebook, “I am honored to announce that I have been asked to go on the road with legendary guitarist Peter Frampton!”

Paul Peterson is of the famous Minnesota Musical family, The Petersons. He was discovered by Prince in the 80s, joined The Time and was in the movie “Purple Rain.” Prince created a band called The Family and Paul was the lead vocalist. A few years ago, this band reunited and are now called fDeluxe, http://www.fdeluxe.com.

I first met Paul in 2002 while he was Donny Osmond’s musical director. Paul played electric bass, stand-up bass, piano, keyboards, and saxophone showcasing his talent. Fans were asked for song suggestions. Imagine my surprise when the songs were played in the order I listed them. Paul told me he liked my list.

After the passing of Prince, fDeluxe re-recorded “Nothing Compares 2 U” that Prince wrote for The Family which they recorded in 1985. Coinciding with the words that begin the song, at exactly 7 hours and 13 days after Prince died this new recording was played as a tribute.

Paul had this to say about the tour:
“I’m looking forward to coming to the Wildflower! Festival. Playing with Peter Frampton is such an honor. He truly is a legend. We are already having a great time and the band sounds incredible.” 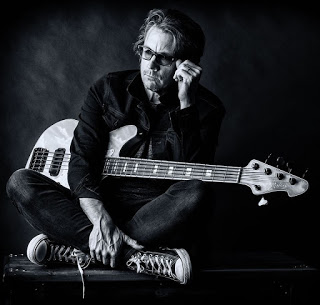 Come see Peter Frampton with Peterson on bass Saturday, May 21, 2016 at 10:00 p.m. on the State Farm Amphitheater Stage at the Wildflower! Arts and Music Festival in Richardson, Texas. You will definitely enjoy and be amazed at Paul Peterson’s extraordinary talent. For more information and tickets go to http://wildflowerfestival.com/ and tag #WAMFest2016 all weekend at Galatyn Park.
______________________

Cathy Nelson is a guest contributor for Wildflower! Arts and Music Festival and may be contacted at http://www.twitter.com/cathynel or cathynels@yahoo.com for more information about the article.