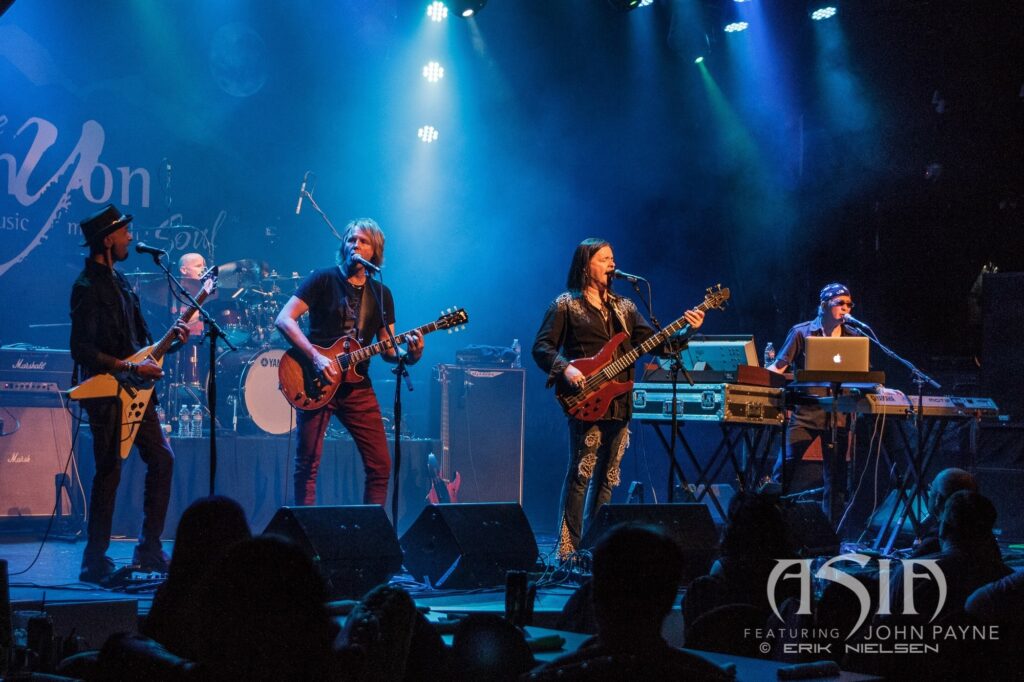 Best known for their iconic 80’s rock anthem “Heat of Moment,” Asia is back on the stage with their longest running front man, John Payne. Although Asia has been an evolving group over the decades, Payne first joined Asia in 1992, and has released eight studio albums with the band. In 2006, the original lineup reformed the 1982 group for the band’s 25th anniversary. Payne has worked under the name “Asia Featuring John Payne” since 2006. Payne continues his 14-year history with the band touring North America, and set to take the stage May 20th in Richardson, Texas at the Wildflower! Arts and Music Festival.

In addition to Payne on lead vocals and bass, the band’s current lineup consists of Jay Schellen (drums), Jeffrey Kollman (guitar and vocals), Moni Scaria (guitar and vocals), and Ryo Okumoto (keyboards). Each member of the group brings decades of experience and success to the group. Touring as Asia Featuring John Payne since 2008, the band’s professionalism and experience can be heard throughout their set. Proven in the group’s live recordings, the songs and sound are timeless. There is no doubt that Asia and Payne will deliver an energy and experience that stick with the audience for years to come.

When the band hits the stage they will bring a mixture of classic Asia hits, and newer music that holds the holds the signature progressive rock sound of the super group. Their latest project, Recollections: A Tribute to British Prog, holds true to the sound of big guitars, heavy synth, and smooth vocals defining the era of rock and roll. “Asia featuring John Payne” continues to tour year after year, working on a forthcoming album titled Americana. Keep up with Asia Featuring John Payne’s latest works and live shows on their website, www.johnpayneasia.com, or follow them on Facebook and Twitter.

The band will lead off the Wildflower! Arts and Music Festival hitting the State Farm Amphitheater Stage at 6:45 p.m. on Friday, May 20, 2016 followed by The Guess Who at 8:15 p.m. and Survivor at 10:00 p.m. Purchase your 3-day #WAMFest2016 tickets in advance at Tom Thumb stores, www.wildflowerfestival.com, or single day will be sold at the gate May 20-22, 2016. View the full line-up of all bands on six stages: http://www.wildflowerfestival.com/WildflowerAllStages.pdf