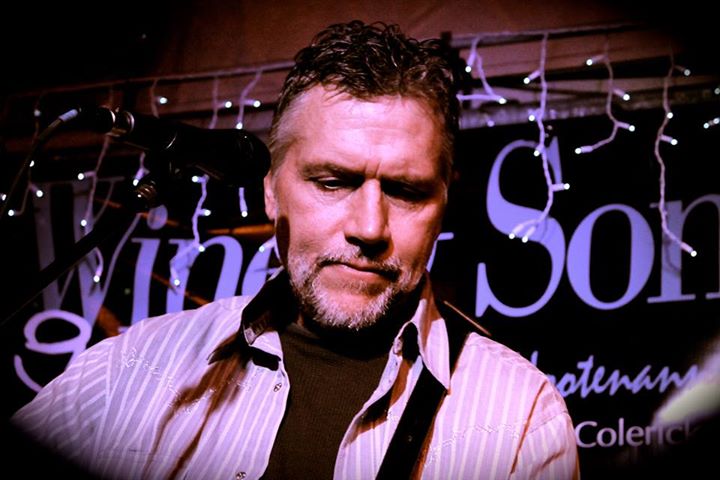 Originally from Nebraska, California transplant Brad Colerick brings the art of storytelling, to the roots based Americana genre, with an enthusiasm that gets you out of your seat and tapping your toes to the beat. His love for songwriting and performing inspired his founding of the popular Wine & Song event he calls “a midweek spirit-lifting hootenanny.” This weekly session brings artists together for a fun night of music and is something you absolutely must check out next time you’re in the Los Angeles area.

We tend to think of story-songs as being autobiographical in nature, when often the songwriter’s inspiration comes from observing what’s happening around him. When Colerick found himself stranded in Toronto he started the idea for his song, Late Winter Snow, but never finished it because it didn’t really feel like his situation. He shelved the song only to retrieve it later when a friend was going through a divorce. Brad then used the empathy he felt for his friend as inspiration to finish the song.

“This feels like a real storytelling period in my life. “I guess I’m coming to grips a little more with the fact that we’re all aging, and life is moving to a new phase.” – Brad Colerick

Colerick’s songwriting talents have been featured in national commercials and sung by the likes of Johnny Cash and B. B. King. While Brad enjoys these commissioned works of art, he prefers to write songs for his own performances and records. When you hear the heart and experiences in his songs, you’ll understand this passion and sense the invitation to travel with him to his beloved Midwest roots.

The award-winning Wildflower! Performing Songwriter contest encourages the growth of the art of independent performing singer-songwriters. The genres include Acoustic, Americana, Bluegrass, Blues, Celtic, Country and Folk. The Singer Songwriter Stage is located in the Bank of America Theatre within the Eisemann Center for Performing Arts. The Top Ten Finalists will compete for cash prizes on Saturday, May 16, 2015 at 11:30 a.m. www.wildflowerfestival.com